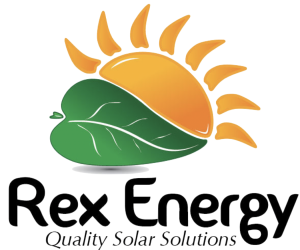 REX Energy believes in supporting sportsmen who work with such dedication on behalf of our beloved city of Dar es Salaam, Tanzania. REX Energy is happy to be of service in supporting the Prisons staff by making contribution of the t-shirts. The donation is part of REX’s Corporate Social Responsibility annual program.

The Opening ceremonies commenced on Friday, April 6th and ran daily through the holiday weekend, closing Monday 9th, 2012. The closing ceremony was officiated by the Commissioner of Prisons, Fidelis Mboya on behalf of the Commissioner General of Prisons which was held at Prisons Staff Mess – Ukonga.

The Easter Bonanza has been created to offer a healthy lifestyle alternative and raise awareness in health matters and fitness for the Prisons staff and their counterparts from Zanzibar – Chuo cha Mafunzo.

As part of promoting individual well being, In the past, REX Energy, had enabled the students of St. Mary’s Visiga Junior Academy to have uninterrupted power supply for their studies in the classrooms, at the computer room and in their dorm rooms. Rex Energy has also launched a visionary initiative with the Ukonongo Cooperative Society of Tobacco Farmers (Chama cha Ushirika ya Ukonongo). The Cooperative Society organized farmers for the sale of the tobacco harvest and provides assistance in a variety of ways. REX Energy is really committed to improve the well being of Tanzanians communities. Rex Energy’s Corporate Social Responsibility activities include supporting of the fight against Fistula Disorder, supporting Orphaned Children and promoting human health and wellbeing.

REX Investment Limited, with offices in Dar es Salaam, Arusha and Kigoma, is the leading Tanzania Contractors Registration Board Class 1 rated contractor. REX Investments Ltd, the holding company for Rex Energy, has been providing solar energy systems to private and public customers for the last 12 years. The company was founded in 2000 by qualified engineers who saw a need to offer alternative energy solutions for Tanzania. The company has grown to become Tanzania’s leading solar energy supplier and is currently launching an expansion programs throughout the East African Community and beyond in the short and long term.